In the second part of this mini series we will be comparing the digital compressors that come with Pro Tools and Logic ProIn the first part of the series we compared the stock EQs that come with Pro Tools and Logic Pro If you missed the first part and want to catch up on it - check it out hereThe compressors we are comparing in this segment are the Avid/Pro Tools Dynamics III and the Logic Pro compressor set to Platinum Digital. 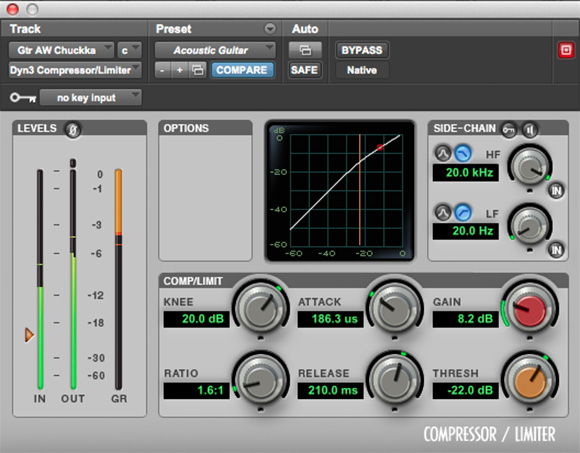 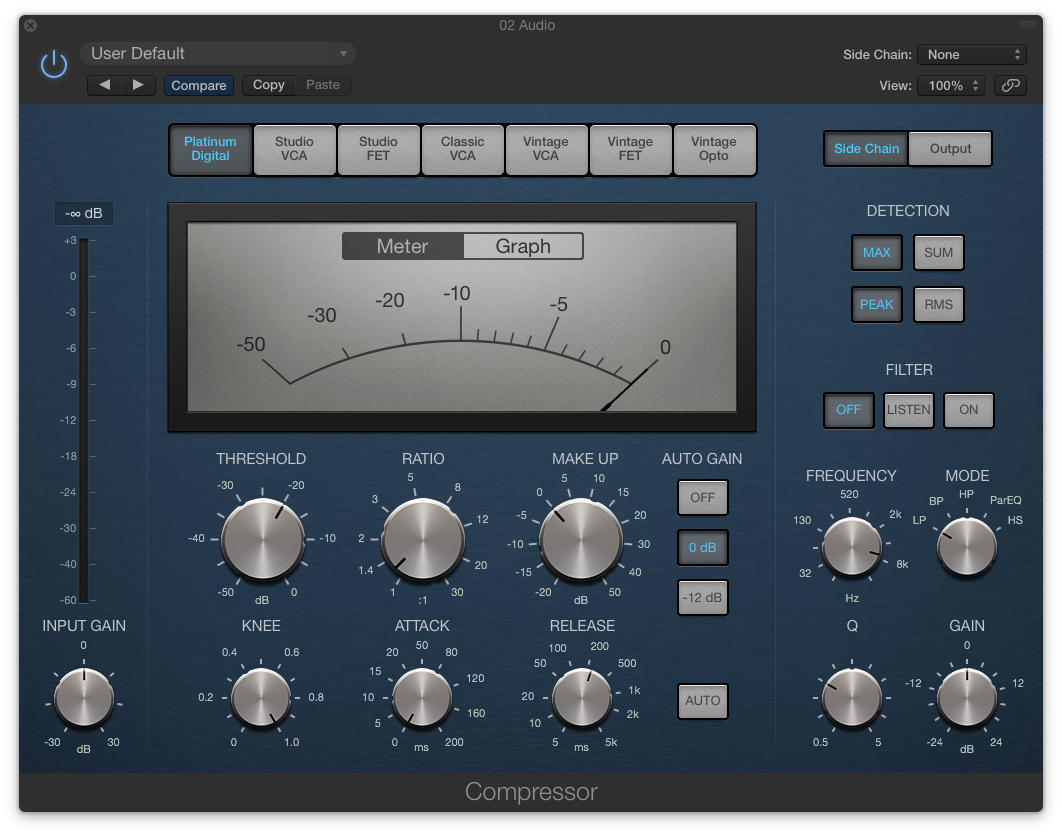 Here they are for your listening pleasure.   If you find this review useful, can we ask you to like our Facebook Page or Sign up to our Newsletter at the bottom of the page so we can let you know when new ones are available?

The compression characteristics that were exhibited using fast attack and release settings in the last test are only further exaggerated in this test. A serious amount of harmonics are pulled up in the Pro Tools compressor, it could be argued whether these are pleasant harmonics or not, but regardless they are there (we wonder if by specific design choice or not). These characteristics are not as obvious for the Logic Pro Compressor, it stays clean and consistent. We think at this point it also also important to know that our fast attack and release settings are not the fastest these units can go so those harmonics are not the most that the Pro Tools compressor can pull up.   If you speed up the attack and release even more and it can only get better right? (or worse).At the medium and slow attack and release settings on bass these compressors sound very similar - there is no real difference to how they react to a program with a large amount of low end. At the slow setting the Logic Pro Compressor does sound everrrr so slightly warmer to our ears.Next to drums - again with the fast attack and release the Pro Tools Compressor forces up harmonics. But it sounds far more tasteful on this drum sample as opposed to the bass sample...maybe it is not so bad after all, or just better suited to some things rather than others. Because of the increased harmonics on the Pro Tools Compressor the cymbals are bought up and forward and with the overtones and midrange introduced above the kick the kick gets a bit ‘woolly’ when compared to the Logic Pro Compressor that retains its tightness in the low/low mids and keeps the transients very well. Again overall the Logic Pro Compressor is cleaner and on the slow settings it retains more punch than the Pro Tools Compressor - listen to the difference in the kick drum.

In this test we decided to include a full song. It is very rare to ever compress a full track this much, let alone with a stock compressor (can't think of a reason you would to be honest apart from doing it to deliberately and sending it to your mastering engineer to wind them up...YMMV), but we included it in this test to give an extreme idea of how the compressor react to full frequency spectrum programs with a large amount of peak and RMS signal.

So….The Pro Tools Compressor shows up the true extent of its harmonic push here. There are some very nasty harmonics creeping in there as well. Not super smooth harmonics, more like 3rd order aggression with a hint of digital error.

The Logic Pro Compressor at these settings does bring in some distortion but it is a lot more ‘mulled out’, smooth and the kick still punches through. All the elements in the mix although they are super crushed are relatively well retained through the pumping mess.